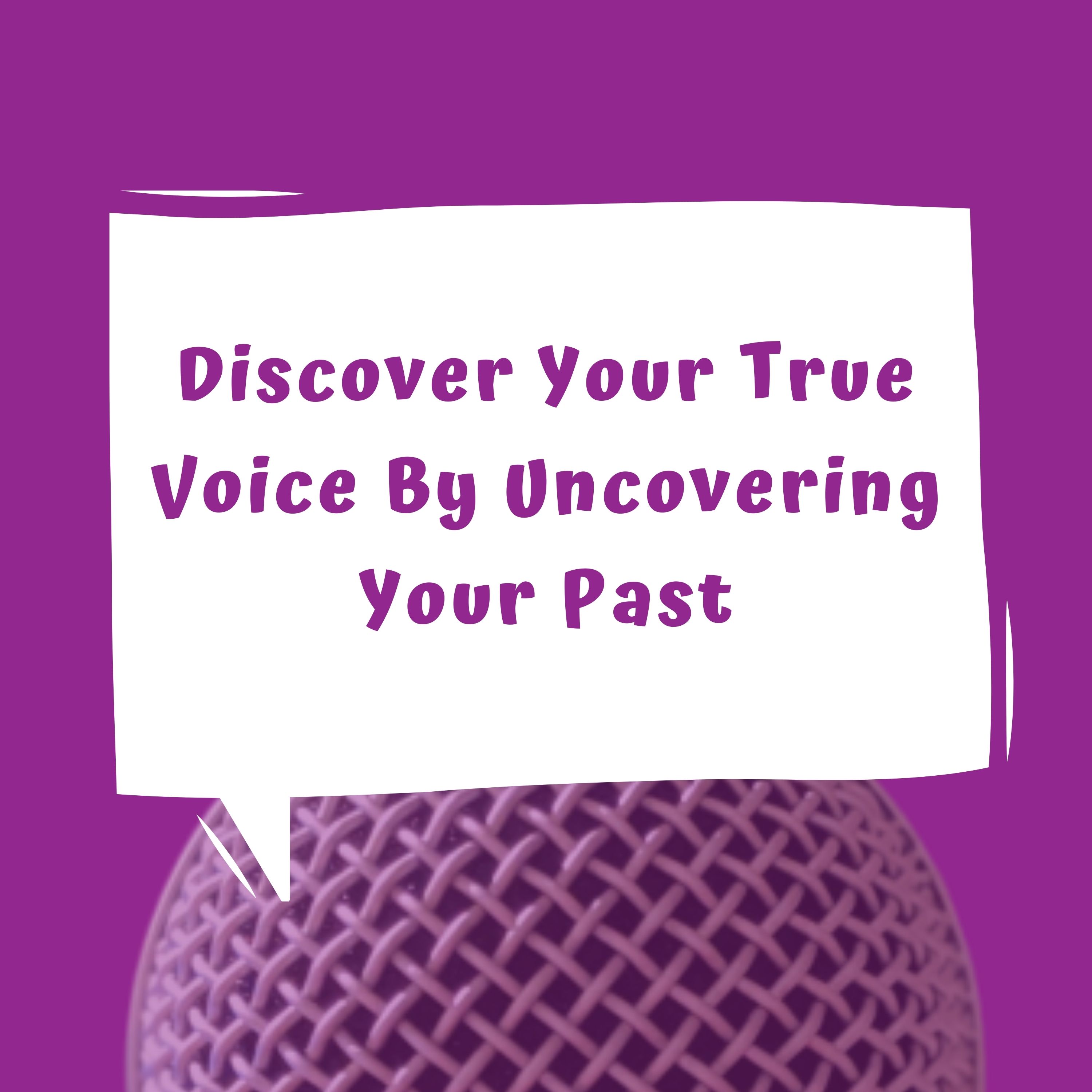 Did you know that we weren't born with the voice we have now? As kids, we emulate the adults around us, the community that we live in, and the culture that is ingrained in our bones. Media plays a big role too. I remember wanting to emulate all the valley girls I saw on TV growing up in the late '80's and early '90's. It was like, almost a game to like hear who could speak, like the closest. (Said in my best valley girl accent which I did win amongst my friends in elementary school!) So with all this influence around us growing up, it alters the way we speak and even within your community. How do you speak when you're with your family, friends, in a doctor's office, or with someone you just met? Your voice alters and augments itself based on who you are talking to. Do you slide into a different accent when you are with your family? Or do you speak with more of a higher pitch when you're with strangers? Or maybe, you speak more softly when you in a doctor's office or with a therapist. With each change in your voice, you are subconsciously telling your listener a different message.

English, is technically my second language. I grew up speaking Cantonese at home and only learned English when I went to school. But it wasn't until I was an adult that I realized that I am labelled as ESL - English as a Second Language. People assume English is my first language because of the lack of an accent. However, my friends get all weirded out when I do speak in Cantonese. I don't speak it very often when I'm around them because I moved out when I was 19, but my Mom ends up calling me when I have friends over. They tell me that I sound like a totally different person and joke that aliens have taken over my body! I believe because Cantonese is such a tonal language, that the different pitches I am speaking in subconsciously tells them that it could not be me, especially if I was speaking Cantonese in another room and there was no visual point of reference. I'd come back in the room and they'd ask, was that YOU?!?! They were perplexed! Or maybe they didn't expect I know another language because I rarely use it.

Either way, the tone in your voice will have no barriers and it crosses all languages. My friends knew when I spoke Cantonese, whether I was angry, upset, confused when talking to my Mom or happy and pleasant. It doesn't matter if you speak in English, Spanish, French or Tagalog, your tone can still relay messages to your listener.

And speaking of barriers, obviously, over this podcast, it's all voice with no visuals, so you can't tell how tall I am. One of my favourite memories when I first started out in radio, I had to do my first live on location. This is when the radio announcer goes to an event and either does their show live or they'll hang out at a location for a determined period of time while checking in with the radio station. I was doing the latter. I was set up in front of a grocery store promoting a local charity when a listener popped by my tent and said, "You're Mary from the radio station?!?!?" I was taken aback by the tone of her voice like I couldn't be who I said I am. What? Who? Me? Yeah, I'm the one holding the microphone under the tent with radio station logos plastered all over it, so I'm the person on the radio, yes, who else would it be? All that thinking happened in my brain in an instant, but I quickly smiled and said, yes, welcomed her, and all the other pleasantries as you do as a host. She replied with, "Huh, I thought you sounded taller!" That is the magic of the voice.

Now's where I ask you to take a guess at how tall I am by listening to my voice. I'm going to break it to you, I'm only 5'1" or 155 cm tall. I think I even have 5'2" on my driver's license. All my life, I've been the short little kid, who always was at the front of the line or got pushed to the front when pictures were taken. I was seen always younger than I actually am. Throw a hoodie and a ball cap on me these days and this 40-year-old will be asked for ID or what I'm studying at the local university! So growing up, I was told I was cute because I was so small. I was told I was adorable or that I was so cute that people wanted to pick me up and hug me like a stuffed animal, even as an adult. Plus, I am a girl and from a traditional Chinese household, so I was told to shut up, wait to speak, and not make a fuss. However, I did rebel from that cuteness as much as I could control it. I refused to wear dresses and skirts, I played with the boys, I spoke loudly and quickly so I can physically take up as much space as I could to compensate for my petiteness.

One thing I didn't realize was that my voice still reflected that cuteness. All unconsciously of course. It wasn't until started radio school when I was 18 when we had to record our voice and pretend to be on the radio. I heard the playback and it shocked me. THAT'S how I sound outwardly to people? In my own head, I didn't sound as high pitched and "cute". No wonder people still wanted to fold me up and put me in their pocket! The voice is the connection to the heart and clearly, people who heard my voice felt they could control the outcomes of our conversations because they categorized me as a "child", again, all subconsciously. Their brains decided within seconds what they thought of me through my voice because the brain processes the information of sound first before words. I needed to change that perception of me. So with training and realizing what I could do with the power of my own voice, my outward projection is truly myself and not something contrived from my childhood anymore.

The voice you currently have probably isn't your true voice. Or it's not your true voice when you get behind the mic. The sounds you make are for others to hear, so why not make it as true to you as possible? You can't be a great speaker without hearing yourself, so if you are recording your episodes and publishing them without hearing them back, you are doing a disservice to you and your listeners. You are holding yourself back and your listeners are not hearing your full message. We want to hear your power, your excitement, but also your sensitive side on your podcast. So start listening back. If you are editing your own show, you are already one step ahead of everyone else because you are listening to how you sound, how you speak, and how you are connecting on an emotional level to create impact.

I hear it all the time in people's voices. The subconscious saying to me that they are nervous, worried, thinking about something else, even though the actual words they are using are saying the opposite. Your voice cannot hide the emotions you have within you. So how do you want to be perceived and what would you be able to accomplish if you had the voice that you wanted?

Send me a 90-second voicemail and let me know! Click on the purple "Send Voicemail" button to the right.

Or if you're ready to amplify your voice, to have your listeners trust you, connect with you, and fall in love with you, let's work together on a quick 60-minute coaching session to get your started! Email me at VisibleVoicePodcast@gmail.com.